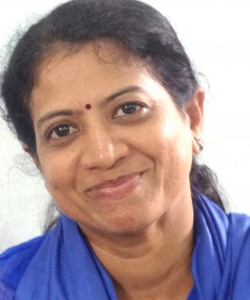 “Multilingual Literature in the Indian context –emerging trends”  has been the  seminar topic which I attended recently. I really like  this topic because this is a topic   on which I have been reflecting a lot.   As I  am familiar with Kannada literature,  I am immensely pleased to share  some of my experiences in  E-literature ,  ie blogs, web sites and  of course newspaper supplements.  For this purpose I have made a study   of  www.avadhimag.com   and www.surahonne.com   www.ekanasu.com , www.kendasampige.com  panjumagazine.com  along with  newspaper supplements such as Udayavani, Prajavani, Kannadaprabha and Vijayavani.  Not everyone can afford to be the part of a literary group   due to time and financial constraints and even the hierarchy in literary   circles.   For such people,   blogs and web magazines provide a scope for self expression and publication.

People who write on face book and blogs are ordinary people who share their joys, sorrows, fears and dreams     in a simple, non literary way. At the same time they are a sort of modern folklore in that they speak of contemporary politics, moral standards conflicts etc. Articles about child abuse, school reopening, then of course kitchen recipies     , queries regarding law, domestic issues, youth issues etc are discussed. Most magazines contain one column for     youngsters also.  As we know youth is a tempestuous age comprising of     love and  heartache to youngsters and writers like Prakash Jalahalli, , Naveen Madhugiri, harohalli Ravindra etc represent a sort of  youth , especially Dalit   identity.

I think it is not impertinence to mention my own little efforts at writing here.  I have been writing for Udayavani, Sakhi magazine, avadhimag.com and surahonne.com   for the past   five years   and it has been a very rewarding experience.  In my opinion writing articles in face book and blogs is a sort of empowerment, considering that writing too is a mode of resistance.   Infact it is cyber feminism, as it enables women to raise their voice despite their constraints.  Cyber space has its own   strong points. For example, a woman writer such as Smitha Sampaje, who lives in a remote village in Madikeri could communicate with  litterateurs throughout Karnataka.

There are many women writers such as Bharati B.V,  Hema Kallambella, Anjali Ramanna, Sandhya Nagaraj,  etc who regularly write in  face book and blogs .

One redeeming aspect of blogs and face book literature is its naive honesty.  People who write in these websites are not     professional writers. At the same time, they have an urge to give expression to the undercurrent of pathos in the rosy phenomena of middle class life.  Here I would like to add that being a  middle class Indian itself is not an easy thing. A ‘proper’ middle class person is a torn individual between ambition and conflicts of morality, both at individual and collective level.   Hence, studying their literature is a study of a particular segment of society, its   social, economic, political and cultural ramifications.

As the topic of this seminar is about the literature of the marginalised, I would like to take a woman writer, ie Smitha Amritaaj Sampaje, who also happens to be my best friend.  Being a woman writer has never been easy in the Indian context.  Virginia Woolf’s statement that ‘a woman must have money and  a room of her own’ to write fiction holds good even now.   Women, especially housewives   have little exposure to the outside world   and their voice is the real voice of creative genius, because it is very original and authentic in experience.  Smitha  has three books to her credit, two anthology of poems viz  ‘ಕಾಲ ಕಾಯುವುದಿಲ್ಲ ‘ , ‘ ತುಟಿಯಂಚಿನಲ್ಲಿ ಉliದ kaviteಗಳು’  and a collection of essays. ‘ಅಂಗಳದಂಚಿನ ಕನವರಿಕೆಗಳು ” Most of these poems have been published in blogs and newspaper supplements.  She has been recognised by Karnataka Sahitya Parishat which has sponsored the publication of her poetry anthology. I consider Smitha’s emergence as a writer as a sort of Cyber feminism because most of her communication is through emails, blogs and cyber space,  a  testimony of cyber feminism. 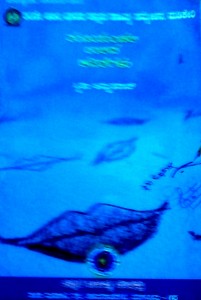 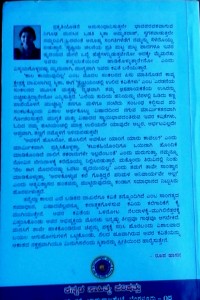 Smitha Amritha Raj Sampaje’s poems   are the expressions of a very innocent, inquisitive mind, looking at nature and world in a child like manner. Her poems have a very nice, transparent vocabulary and an optimistic mindset despite the struggle involved in poetic activity. Her poems are on various topics which cause   ripples in a sensitive soul yearning for experiences. For example,

Her faith in literary craft and the urge to cross limits is expressed in   her poem ‘ನದಿಯ ಕವಿತೆ’.

In her opinion, writing itself is an act of happiness which gives hope and faith despite the monotony of life.  Her keen observation of nature and intense sensitivity   is seen in the line :

A recurring theme of   Smitha Amritaraj’s poetry is the yearning for a platonic companionship, as in her poem
‘ಕವಿತೆಯೊಂದಿಗೆ’  :

What is enchanting about Smitha’s poetry   is her immense belief that  poetry is  a supreme art which can be a panacea for all the sorrows of life.    Infact her poetry is a perfect example for her ability to see ‘world in a  grain of sand’ .

Which is so Jane Austene like  in assertion.  I also like her ‘ ಅಡುಗೆ ಮನೆಯ ಕವಿತೆ’, so optimistic  and self contained with the right  perspective to transcend  limits.