Save Tigers before they are silenced forever 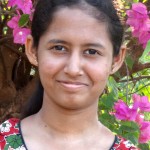 A scampering is heard. An animal is running through the woods. People are chasing it. A gun is fired. The bullet hits it mark. The people rejoice as the birds fall silent in mourning. The brave tiger is dead.

If you look back to the 19th century, this scene was common. The Britishers and kings needed entertainment, after all. Hunting was considered an aristocratic sport, a noble sport. And tigers were considered the noblest prey of all.

But the century has changed, and along with it, so has tradition. Hunting has been banned. Illegal wildlife trade has been banned. And yet, somewhere in a forest, a tiger is suffering. It may be in a cage, it may be skinned, it may be starving, it may be dead. There are numerous threats to the tiger population, such as poaching for trade, shrinking habitat, depletion of prey base species, growing human population, etc. The trade of tiger skins and the use of their bones in many medicines has left the tiger population on the verge of extinction. 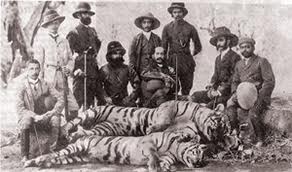 Many people see the tiger as a  dangerous, yet beautiful and exotic creature living in some forest. While it is true, a tiger is so much more. The tiger is an unique animal, which plays the leading role in maintaining the health and diversity of the ecosystem. It is what conservationists call an ‘umbrella species’, meaning that by saving tigers, we can save everything that is connected to them. The world’s largest forests, the large river systems, the big and small animals living around the tiger; all can be saved by saving the tiger. How can a lone tiger species manage to do all this?

The tiger is at the top of the food chain and keeps a check on the population of the wild, especially on the herbivores.  This leads to a check on the amount of vegetation, which leads to the well being of the ecosystem. If tigers go extinct, the entire system collapses. The tiger is not just a charismatic creature, it is one of the main reasons why we are still on earth. Moreover, tigers are solitary creatures who allow a number of species to flourish near them. More than 350 rivers of India originate from tiger reserves. If you kill tigers then you are killing these rivers and whole cities with them.  Tiger conservation is not only an effort to save an endangered species, but also a means of preserving biodiversity of sizeable magnitude. Moreover, tigers play a role in the economy, as people from various countries visit India to bask in the glory of the popular Royal Bengal Tiger. The tourism of India is increased due to tigers, but who will increase the number of tigers?

Tigers are just like we humans; they too have feelings and emotions. Tigers are only trying to protect themselves from extinction. So, is it not our duty to protect our tigers? They have been with us since long, so why should they not be any more? No matter how big or small our effort, each and everything counts.

So, how does one save tigers?

The first and foremost thing would be to spread out awareness. Shout of loud about the threats that tigers face today. Make people know and understand why they should be worried about tigers.

We can also help in stopping illegal wildlife trades. Say no to any tiger made product. How would you feel if someone was hunting you down to make leather boots from you skin?

The Government of India is not sleeping. There are several projects to save tigers. One of the most popular and the most publicized is ‘Project Tiger’.

Another significant step was the implementation of the Indian Wildlife Protection Act of 1972. It protects the remaining population of endangered species by banning hunting, giving legal protection to habitats, and restricting trade in wildlife. 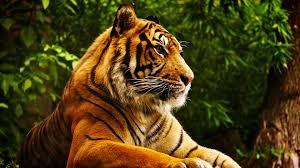 Since India provides habitat to almost two-thirds of the surviving tiger population in the world, the nation has become one of the prime targets for poaching and illegal trading. This has resulted in problems towards tiger conservation. But the biggest negative impact being faced by tigers is habitat loss. Agricultural expansion, timber cutting, new roads, human settlement, industrial expansion and hydroelectric dams push tigers into smaller and smaller areas of land. As human population continues to increase, more and more tiger habitats are being developed for humans. The presence of humans puts more strain on tigers and can further decrease the tiger population. There is a serious need to balance the numbers of humans and tigers, so that both can co-exist peacefully. But this is not an isolated solution. A strategy involving sustainable development and even captivate breeding should be developed. Only a multi-faceted strategy can save tigers now.

While Wildlife Conservation Groups and tiger specialists are working hard to preserve tigers, they cannot succeed without our help. It is important that we the public too should help in saving tigers; tigers cannot survive on their own in this ruthless world.  Our financial and moral support is vital if we have to save tigers before the very last one is gone.

A tiger need not be born in a world where it has to live in fear of death. The world can change to a place where tigers can roam peacefully and live happily. For this, we need to act. It is we who can make the lives of tigers better. It is we humans who can save tigers before they are silenced forever.

They live their lives in Fear